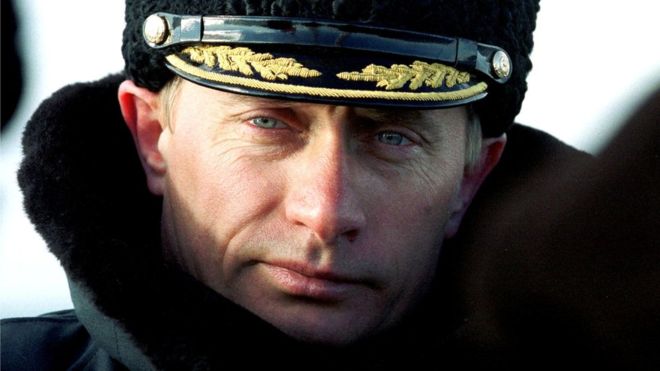 «Children, know the father,» was the joke that used a Russian news site when the world knew April 13 that the United States launched the «mother of all bombs» in Afghanistan.

He was talking about the Augmented Power Vacuum Air Pump (AVBPM), which since 2007 the Russian government said it had tested and is known as «the father of all bombs».

Its destructive capacity is four times higher than the American and claims to be the most powerful conventional (non-nuclear) bomb on the planet.

The little public information that is known of this artifact, even in the Russian news sites, comes from a report of the Russian state television Channel 1 of almost 10 years.

That station in September of 2007 presented the images and specifications of the artefact through a video in which a plane Túpolev launches to the «father of all the bombs». 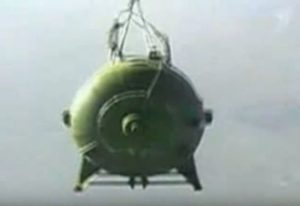 Its detonation generates a large explosion on land, on a test ground in which there was a group of empty buildings that is reduced to debris after the outbreak, according to the report.

A military vehicle is also severely damaged, and even the terrain is filled with small craters showing the ravages of a thermobaric explosion. 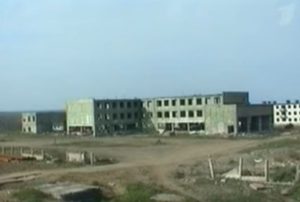 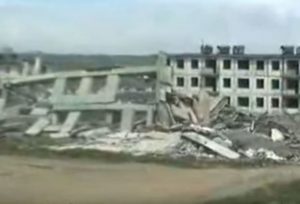 What does this bomb do?

It’s called a «thermo-bomb» because of the kind of high-temperature reaction it has, British military analyst Robert Hewson explains to the BBC.

It has a vaporizing effect on the living beings that are in its first radius of explosion, as well as great destruction in buildings.

It acts in two moments: first, a first detonation before its fall to the ground releases gasified explosive material; Then generates an ignition that ignites the explosive cloud and achieves its devastating effect.

In the case of the Russian bomb, its detonation affects a radius of 300 meters, twice as much as the «mother of all bombs» of the USA, known as MOAB. 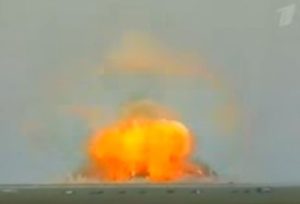 In addition, the gases generate a vacuum that has the ability to drag objects towards the center of the explosion.

Introducing the device in September 2007, General Alexander Rukshin of the Russian Armed Forces stated that «this air ammunition has been shown to be comparable to a nuclear weapon because of its efficiency and capability.»

According to the details presented, the AVBPM has a weight of 7,100 kilograms and its explosive charge is equivalent to 44 tons of TNT.

In contrast, the MOAB has a weight of almost 10,000 kilograms and a load similar to 11 tons of TNT.

«You can discuss the numbers and what scale this has, but the Russians have a long and proven history in the development of weapons in the thermobaric class,» Hewson says.

«I think it’s probably the biggest non-nuclear bomb in the world,» he added.
How would it be used?

USA Used his MOAB for the first time against a military target on 13 April, but in the Russian case there is no record that the AVBPM has been used so far in combat.

Russian television showed a Tu-160 bomber dropping the bomb on a test ground, followed by the powerful explosion that left a four-story building reduced to rubble.

But its gasifying reaction also makes it effective for causing casualties in tunnels or bunkers, similar to how MOAB was used in the underground complex of Islamic State militants in Afghanistan a few days ago. 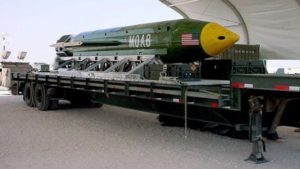 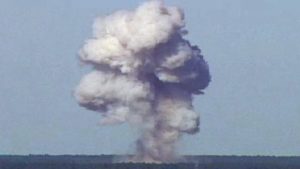 According to Global Security, in the radius of 90 meters has a total destruction effect, even the most solid structures.

In 200 meters, it can demolish non-fortified structures, such as simple concrete, but its shockwave can even break crystals at 1.1 km, and even hit a person at 2.3 km.

Tom Burky, from the Battelle arms development center, says it is preferable to use thermobaric pumps at sites where fragmentation of conventional pumps does not work very well.

However, in his analysis he noted that the ignition of explosive material is «very difficult to control on the battlefield», which does not make them very practical for precision targets. 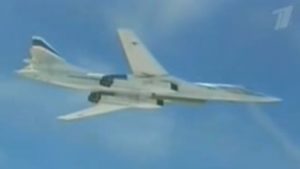 Doubts on the Russian test

Some analysts believe that the test of the «father of all bombs» shown by Russian media generates questions.

In his analysis, Sascha Lange of the German Institute for International and Security Affairs points out that the Tu-160 plane, known as Blackjack, does not appear to be the same as that of the AVBPM.

«Blackjack, a strategic bomber, is shown in the pictures by opening the bomb hatch, but you do not see the weapon falling off the plane. A cut is made and then a body falls off a different plane,» says Lange.

A bomb is slid through the back of an airplane, so it suggests that it was launched by a cargo aircraft, not a Tu-160, which drops its cargo vertically.

«The emergence of ski legs in the ‘father of all bombs’ bears witness to this method of release,» says Global Security, which is believed to have been launched from a slow-moving cargo plane speed.

«It could not be used against defended targets, because a cargo plane is too vulnerable,» the analysis says….

Meanwhile, at the Defense Information Institute, senior consultant Phillip Coyle believes that while the Russian bomb may have more power than MOAB, there appears to be no evidence that it is four times higher.

«At best, it’s 50 percent bigger. You just have to see how big it is and how these bombs are designed,» he says.

Despite questions from the West, the media in Russia reacted to the launch of the «mother of all bombs» reminding the world that the country’s arsenal has its power.

«Do not be fooled, Russia has something superior,» read Russia Today. 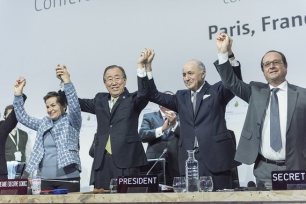 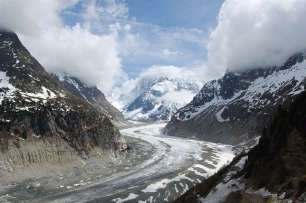 Glacial ice melting contributes to rising sea levels and glaciers serve fresh water to communities around the world, are an integral part of the planet’s meteorological and climate systems and are «unique landscapes for contemplation or exploration», according to Says this expert. «And they’re shrinking, fast,» writes Twila Moon glacier expert at the University of… 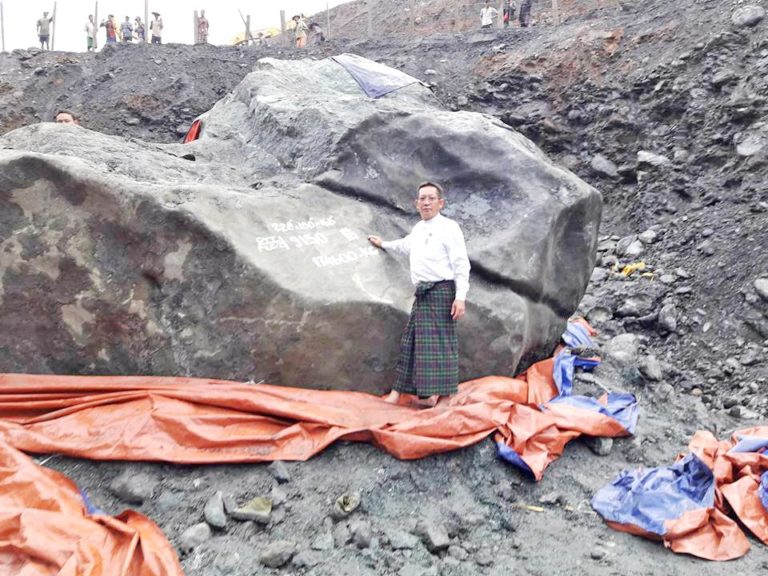